Be sure and check out the link to Advent Reflections on the lower left hand side of the screen.  They are good for the whole Christmas season.

Secular Franciscans from St. Bonaventure Parish help get our yards read for winter. 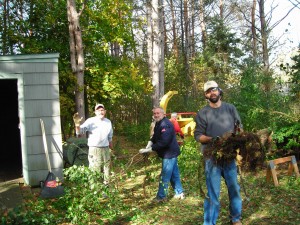 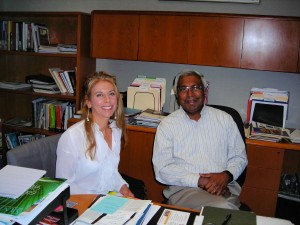 Meet our new friends, Dr. Godfrey Mungal, dean of the engineering school  at Santa Clara University, Santa Clara, California and Executive Assistant to the Dean, Christine Woodward.  You notice the name of the university and the city which takes its name from the school.  Santa Clara Mission was founded in 1777 by Spanish Franciscan missionaries.  In 1850 Jesuit missionaries continued the work at Santa Clara and began a school.  From this small beginning the Jesuits, alumni and friends have built the school into one of the premiere universities on the west coast.  Sr. Diane Short from Cincinnati Poor Clares and Sr. Beth Lynn from the  Poor Clares in Minneapolis were out to Santa Clara in October to prepare for a retreat for students and faculty from the University.